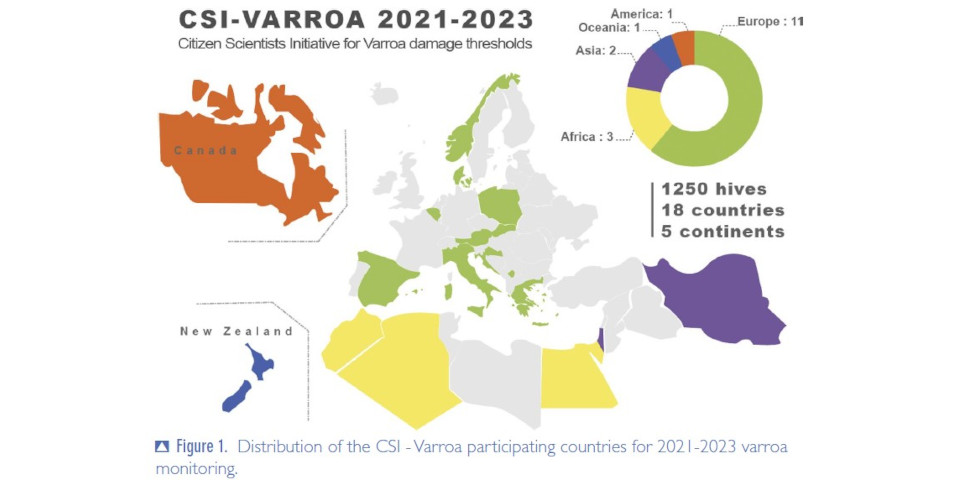 The varroa mite (Varroa destructor), a complex ectoparasite with a very distinctive biology is considered a key pest affecting beekeeping and honey bee health worldwide. Several control strategies using synthetic and organic acaricides have been developed to deal with this invasive species in Europe, having also side effects on honey bee health. At the same time various management practices, as for example the ‘brood interruption’ method, have been suggested as alternatives to combat varroa damage on honey bee colonies. During the last two decades increasing research work has focused on developing models for varroa development during the year and estimating the economic damage or colony losses. Still several questions have not been answered: are there any infestation thresholds above which beekeepers start observing economic damages? Are these ‘varroa damage thresholds’ different in different regions or under different environmental and management conditions? Are these thresholds affected by the different varroa-control strategies? Does the density of the colonies have an influence on these thresholds? Are some honey bee populations more sensitive than others?