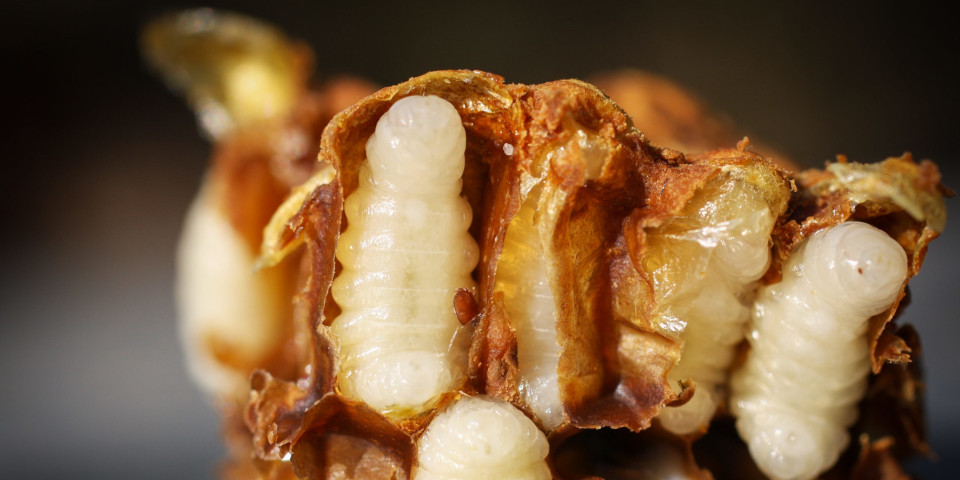 Varroa mites are highly attracted to drone brood of honey bees (Apis mellifera), as it increases their chance of successful reproduction. Therefore, drone brood removal with trap frames is common practice among beekeepers in Europe and part of sustainable varroa control. However, it is considered labour-intensive, and there are doubts about the effectiveness of this measure. At present, it is mostly unknown how many mites a drone frame can carry at different times of the season, and how many mites can be removed on average if this measure is performed frequently. Therefore, we sampled a total of 262 drone frames with varying proportion of capped cells (5–100%) from 18 different apiaries. Mites were washed out from brood collected from mid-April to mid-July based on a standard method to obtain comparable results. We found that a drone frame carried a median of 71.5 mites, and with the removal of four trap frames, about 286 mites can be removed per colony and season. In addition, mite counts were significantly higher in June and July than in April and May (Tukey-HSD, P < 0.05). The number of mites and the proportion of capped cells, however, were not correlated (R2 < 0.01, P < 0.05). Our results suggest that drone brood removal is effective in reducing Varroa destructor numbers in colonies, supporting the findings of previous studies on the efficacy of this measure. Although mite counts varied, we believe that increasing sample size over different seasons and locations could elucidate infestation patterns in drone brood and ultimately improve drone brood removal as an integrated pest management tool for a wider audience of beekeepers.

Richard currently works at the Institute for Bee Protection (@JKI) and does research with honey bees in terrestrial ecotoxicology.